5 REASONS TO USE VIDEO TESTIMONIALS RATHER THAN WRITTEN ONES

Reviews and testimonials are essential to any business. That is an indisputable fact, in an age where people will research online before buying any product or service. According to a recent research, 82% of consumers read reviews before making a purchase. More than that, the average consumer will read at least 10 reviews before buying. So yes, it is that important. And you want not only those five stars next to your business names. You want real people validating what you’re offering. Hence testimonials. But here’s another fact for you: video testimonials work way better than written testimonials. Here are 5 reasons why:

If you’re in business, you know the saying: people buy from people they know, like and TRUST. And nothing will make a stranger trust you more than a good testimonial. And that’s where written testimonials have a problem: people don’t really trust them completely. It’s easy to “embellish” a written testimonial or to outright fake it. That’s no true for video testimonials. People view them as much more trustworthy, for a few reasons.

First, it is much more technically complicated to fake a video testimonial than a written one. Second, people connect to people. When you see a real person, just like you, talking about a problem that you have as well, you immediately identify with them. And if they tell you how that professional totally solved their problem, you trust them! The reason for this is simple. As much as we are rational beings, most of our decisions are made based on emotions. Don’t take my word for it. This Harvard research points out that 95% of our purchase decision making is based on emotions. And nothing triggers emotions better than video. Just think about it: how many times did you cry while reading a text, compared to the times you cried watching a movie?

This is also related to emotions. When you activate emotional centers in the brain, it increases information retention. That’s why research shows that video has a 95% retention rate as compared to only 12% with textual information. Besides, people like to hear stories – and that exactly what video testimonials do best. Nobody can resist a story of someone overcoming an overwhelming problem.

We live in a fast-paced world, and people (mainly younger people) consume information very fast. As the old saying goes, “a picture is worth one thousand words”. But the new saying is, “one minute of video is worth 1.8 MILLION” words. You can transmit much more information in one minute of video than in a text that takes you one minute to read. And if you’re talking about products, the numbers are even more staggering:  four times as many customers would rather watch a video about a product than read about it.  People really love watching videos. The average American spends at least three hours a day on their smartphones, and HALF of that time is spent watching videos.

Video is the kind of content most shared in the internet.  Actually, a Cisco research predicts that by 2021, video will represent 82% of all internet traffic. So, people are watching and sharing videos all the time, much more than they share text. At least 12 times more.

Your video testimonial has much more chance of being shared by someone that found it interesting than a written testimonial you may have on your website. And that may mean a new client for you.

Let’s face it, no business does video just for the fun of it. If you’re creating a video for your business, you want it to ultimately generate more business. The good news about video testimonials is that they are really helpful in closing business. According to a recent research, 84% of people say that they’ve been convinced to buy a product or service by watching a  video. Let me give you a personal, first-hand example. We have a client that does business valuations. He was in a sales conversation with a prospect that seemed reluctant to close because of the price (business valuations can be quite expensive). My client then decided to send the prospect a link to a video testimonial we did with one of his previous clients. A few minutes after watching the testimonial, the prospect called my client back and said he had decided to work with him. This was a $13000,00 sale, and my client invested no more than $500 on that video testimonial. Quite a Return on Investment, I would say… here you have a video testimonial (what else…) from that client, if you would like to hear the story from the horse’s mouth.

Thinking about a video? 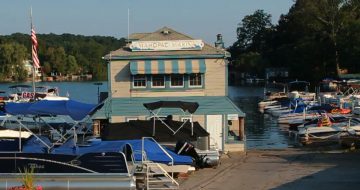 Boating as a Lifestyle at Mahopac Marine
Using Online Video Marketing to Promote a Boating Business A few weeks ago we produced a video for Mahopac Marine’s. 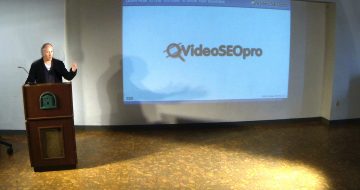 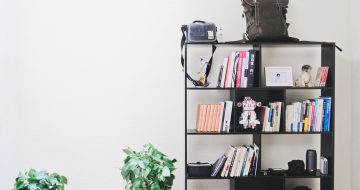 Spreading the word on the power of video in Westchester County
Online Video Marketing can change your Business We did it again last Tuesday. This time it was in Peekskill, at.